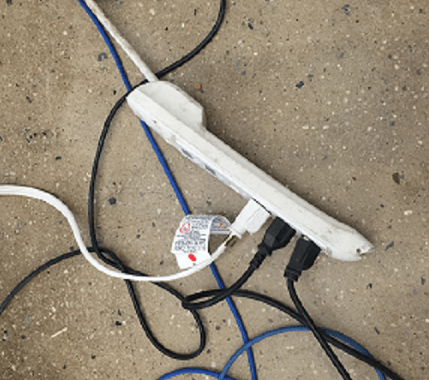 What’s Up with Flat-rate Electric?!

Many buildings in New York city will charge flat rate electric for office space, especially Class “B” and Class “A” buildings. These rates can run anywhere between $2.50PSF (VERY rare) and the much more common $3.50PSF. In fact, it is safe to say that when it comes to flat-rate electric that $3.25PSF – $3.50PSF is the industry norm.
So why the flat-rate electric bill? Well, landlords like to charge flat-rate electric, as opposed to Direct Metered or Sub-Metered Electric, as it is easy to regulate, requires only one meter (which is useful when one HVAC unit provides cool air to several tenants), and at some points of the year beneficial to landlords from a monetary standpoint. Although the number may seem high compared to the typical “pay for what you use” model, that many tenants are used to from their apartments, the cost analysis really should be view on a 12-month scale. In the winter, when the HVAC unit is not pumping in cold air nonstop, the $3.50PSF electric bill is usually significantly over what the usage dictates. However, in the summer months when you are enjoying the HVAC pumping in frigid cool air after a hot and steamy subway ride, the $3.50PSF bill is probably more in line with what the bill should actually be, if not lower. So, the $3.50PSF bill should be viewed more of a static average bill that only slightly benefits the landlord.
The alternatives to flat-rate electric, which I mentioned above, are direct metered and sub-metered electric. These “pay for what you use” are much more common in class “C” buildings which contain many more loft-style spaces. Direct metered is a pure pay as you go model with the tenant having a direct relationship with the utility company. Sub-metered is a pay as you go model in which the landlord regulates and charges a premium of 10-20% over the bill for common areas. Both of these models tend to average slightly lower than the $3.50PSF bill but do leave a tenant exposed to bills that are not kept in check by a “maximum” found in flat-rate bills. 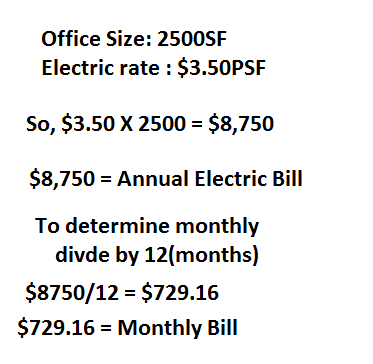