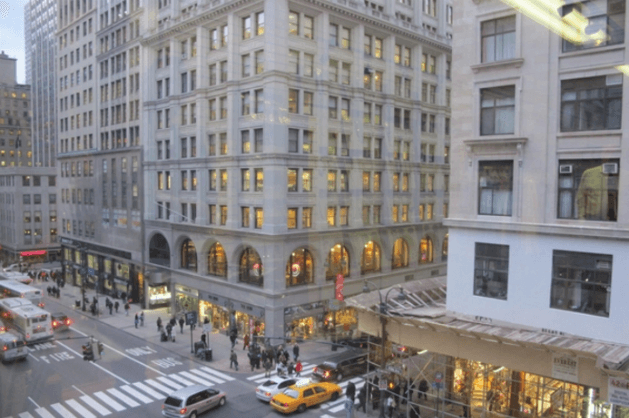 There are numerous benefits to having your office in a small office building from more control in a lease negotiation to a more relaxed building environment.

When dealing with a small office building, you are in a generally in a better position to negotiate with a landlord. Your office space is going to be a larger percentage of the overall building, so your ability to negotiate is stronger. If you’re taking 5,000 square feet in a 50,000 square foot building, you will have a much easier time negotiating with the landlord than if you’re taking 5,000 square feet in a 3 million square foot building. Your space represents 10% of the small building and 0.16% of the large building.

Benefit 2: More Value for your Money

Most small office buildings are older, and they generally have lower rents than larger, newer buildings. This means that the asking rents are going to be lower. Additionally, the loss factor in a small building is usually lower. This is the amount of space you’re paying for that is unusable. If you’re taking 5,000 square feet, you may only be able to use 4,000 of it in a small building, but you may only be able to use 3,500 in a big building.

Small buildings are much more flexible about who they are going to lease space to. This means that non-standard office spaces like yoga studios, doctors and dentists offices, acupuncturists, salons, and spas are far more likely to be welcome in a small building. You’re not going to find a dentist at One World Trade.

In small buildings, you are more likely to be able to have independent control over some functions like your HVAC. This can be immensely beneficial for businesses that keep non-traditional hours or if you have a need or desire to keep your temperature settings at non-standard levels.

While there are many benefits to renting office space in a small building, there are drawbacks as well. Weighing the benefits and the drawbacks depend on your situation.

This is the downside of being a large percentage of the building’s overall square footage that allows you to have a strong negotiating position. In a small building, there isn’t a lot of space to grow into if you’re a rapidly growing company.

Big buildings have to support lots of companies with potentially thousands of employees. These buildings, especially newer ones, have lots of amenities like cafes, concierge services, mailrooms, and dry cleaners to name a few. Most small buildings have few, if any, amenities.

Another drawback from being in a small building is that they are prime targets for new development. Land costs in New York City are extraordinarily high, and developers regularly purchase small buildings for demolition in order to build much larger buildings. Many leases for space in small buildings include a demolition clause, which allows the landlord to terminate your lease early if the building is to be demolished.

These points are just a handful of many that need to be taken into consideration when deciding what type of building you want to lease office space in. This is why it is extremely important to work with a broker who knows you and your business. To learn more about the differences between large buildings and small buildings, contact us or sign up for our email list.